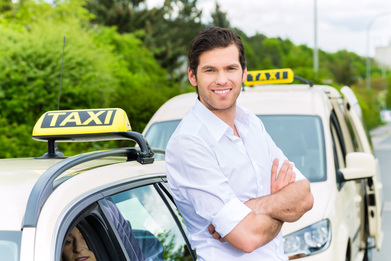 Growing up, David Fletcher always loved his to car collection. His parents would find him in his room, neatly organizing the cars into formation on his play mat, and sending them out on various tasks one by one. For hours on end he would reset and repeat this task over and over again. This eventually led to a very organized lifestyle which he carried on to everything he did.

Across various workplaces, David would always implement his organizational skills to operate his tasks in a timely and efficient manner, when in his mid 20’s, he took a job at a local Taxi company and found that his skills at efficiency and time management played a big role in his new found career. David quickly became a staple within the company, and soon found customers specifically requesting his services to their calls.

After years of saving up, working his Taxi job at night and attending College classes for business during the day, he eventually had enough money to purchase his own car for his driving job. It was a pivotal moment for David, knowing that his car was his responsibility, and that his name was now attached to his service. Within a few years, he had the capability to buy a second car which he would rent to his coworkers, and soon, found himself with enough cars under his name to branch off and begin his own fledgling cab company.

Customers who grew to rely on David’s service soon migrated their business over to his new, smaller company, igniting it’s popularity, and very quickly established itself as the go to company for which to rely on. In less than 5 years, David found himself busier than ever, with 18 drivers working under him, and a steady influx of calls coming in day to day.

David continued to use his organizational skills, time management, and ordered structure to build a business that is centered around efficiency and reliability. He knew that customers who could rely on you, were customers that would continue to bring their business to your doorstep. And by instilling that same sense of pride in ones work to everyone in his employ, he ensured that each process from dispatch, to pick-up, drop-off and beyond would leave the customer satisfied.

Some days, David admits, he looks out the window into the cab bay, and imagines them toy cars, neatly lined up on a mat, each being sent out on various tasks one by one. The seemingly innocent past time he had as a kid, grown up and realized in a fashion that not only has proven prosperous to his livelihood, but genuinely affects and assists people on a day to day basis.

Today, after more than 25 years in the business, David is still an affable, approachable man, with a genuine care for his business, his customers, and his choice to follow in the footsteps of his childhood self, as he likes to often state “You never know where the road can take you, but you can know who you take the road with”.